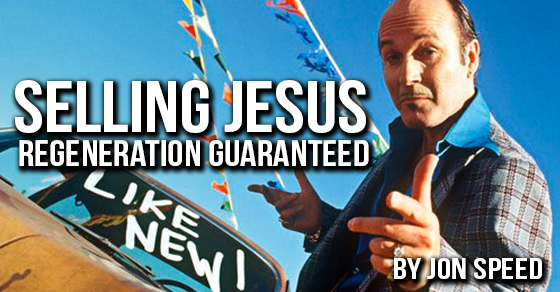 One of the many streams of funding I use to support our family as we do church planting ministry is sales. Specifically, I sell newspaper subscriptions. I have done it in a couple of different markets: one large and one small. I’ve found it to be a great way to make money on a part time basis, 15-20 hours a week. My schedule is flexible since I am an independent contractor which is perfect for ministry. And I enjoy the regular exposure to people from all walks of life from around our metro area. I’m not great at it, but I’m good enough.

Perhaps the most disturbing thing I’ve seen in evangelism during my lifetime is the idea that evangelism is like doing sales. Most 20-21st century evangelism programs use various ideas from the world of sales in order to call people to Jesus. I’ve seen a few articles on this from a pastoral\theological perspective, but I don’t think I’ve ever seen it from a sales perspective. I’m going to attempt to provide a bit of both here.

I understand where the idea comes from. After all, we’re calling people to make a commitment. In a very loose sense, anyway. The nature of the commitment is vastly different and it is that difference that makes all of the’difference.

In evangelism, we are calling people to repent of their sins and trust in Jesus Christ alone for their salvation. We are calling them away from a lifestyle of sin and selfishness to a lifestyle of utter abandonment of self and sin for the glory of Someone Else. In sales, we are asking people to make an impulse decision to purchase a product that they may experience buyer’s regret over in a matter of moments. In sales, we appeal to the bargain hunter in all of us.

So here is what evangelism started doing in the 20th century (bearing in mind that there were 19 centuries before that where the Church did NOT do this)’evangelism made following Jesus into the deal of the century. What did she just win Hugh? A NEW CAR! Evangelism began to appeal to the bargain hunter in the lost.

The gospel message descended into an appeal to lost sinners that began with an approach to capture their interest, highlighted the benefits of salvation, sought to answer any objection to overcome consumer hesitancy and followed it all up with an attempt to close the deal. In the world of evangelism, this takes a lot of forms, but it usually starts with a basic appeal to felt needs. Once those needs are identified, you get the interest of the lost by meeting them where they are at. In the context of the United States, we’re talking about materialistic, self-centered people when it comes to the middle class and upper class. Is your marriage a wreck? Are your finances a mess? Do you have self esteem issues because you learned all of this narcissistic behavior from parents who were so enamored with the American dream that they didn’t have time for you? Then come to Jesus. He’ll fix all of it.

Never mind the fact that the evangelist usually dupes people into thinking he can keep right on being a materialistic narcissist and have his get out of Hell free card.

When objections arise in this form of evangelism, then it’s time to roll out the apologetics. In man-centered evangelism, these apologetics have been largely evidential and presented with the presupposition that the sinner is in some sort of position to sit in judgment over the existence of God. It is changing the game Biblically because this is not how the Word presents the issue of unbelief. Unbelievers reject the God they already know exists (Romans 1:18). Post-20th century evangelism does not recognize this. If they have questions, we have answers and we need to give them quickly because all of this is moving towards a goal’closing the deal.

A good salesman knows how to close a deal. In every close a salesman will use closed-ended questions to get the desired response. A closed ended question is one that requires a yes or no: as in, yes, I will give you my credit card or no I won’t. After I present the offer to the customer, I will often ask, At a rate like that, wouldn’t that be worth a try? Of course, I gently nod my head and look them in the eye. When they respond in the affirmative, I say, Great, what’s your zip code? They blurt it out as a sort of trained response and then I have the order form out and I’m filling it in. When it’s time to ask for payment, I don’t ask them if they’d like to pay for this today: I assume the sale and give them their options: debit card, credit card, check, cash, barrels of oil and the keys to their car. Their resistance is worn down with the humor, they hand me payment, and then it’s on to the post-close.

In the post-close I’m just summarizing for them what has just happened. I offered you X, you are getting X, your delivery will begin X, you just saved X and here’s your receipt with your customer service number. In other words, I make them feel good about the deal so they walk away from the kiosk and leave the store. I have my commission, the customer has his paper and some incentives we offer, and everybody’s happy. At least for the time being. More on that later.

In modern evangelism, the close is the invitation system: pray this prayer (just repeat after me), walk this aisle, raise your hand. Do any one or perhaps a couple of these things and you have closed the deal. In the evangelistic post-close (if there is one) someone will sit down with you and review what you have just done: I offered you X, your delivery began today, you just saved your soul, and we’ve even come up with a receipt with a customer service number that’s usually a Bible verse ripped from its context like 1 John 5:13. The receipt in modern evangelism is the decision card, made popular by people like Billy Graham and continued in local churches across the country.

People who respond to these kinds of Let’s Make a Deal evangelistic efforts are not responding to the gospel. They are responding to manipulation. Therefore, they are not Christians. And the fact that they are not Christians becomes evident within a very short period of time after their conversion. As Ray Comfort has rightly pointed out, the promised persecution, tribulation and temptation come and they abandon the faith. This is the story of the sower and the soils all over again (Mark 4).

In the world of newspaper sales, the most dreaded thing a salesman can hear is that he’s had a chargeback. A chargeback happens when the deal falls through: perhaps the customer used a debit card that has no funds, they live in an area where delivery is not available, or (the worst) they changed their minds about the deal and in the process claim that the deal was misrepresented. The commission is charged back to the newspaper and so it’s deducted from your next paycheck.

Everyone has charge backs because the customer changed their mind. Even though they sign an agreement on their order form, the salesman is the loser. It is assumed that you somehow are at fault. In some cases, you might be if you did not explain the deal clearly. One of the worst chargebacks I ever had happened when a customer claimed I offered seven day delivery as part of the deal. The problem is we don’t do seven day delivery: we only offer three with seven day access electronically. The newspaper heard about it and assumed that I was lying to get customers to sign up. Fortunately I could prove that I did not because I have a pitch card that I use to show customers the deal.

Why would someone lie about a salesman? Because when they got the deal they didn’t count the cost. Maybe they got home and told their spouse, Hey, I got the paper and maybe the spouse didn’t want it. Or maybe it started coming and it wasn’t as good as they hoped. Or maybe they didn’t listen to the pitch. So they cancel the paper before the agreement is up and I get a chargeback.

Pastor, evangelist, Christian, please listen. There’s coming a day when all of your chargebacks are going to come home to roost. On the day of judgment, all of those whom you talked into closing the deal with Jesus and who later cancelled their subscriptions because they were sold a bill of goods on your best life now, every day’s a Friday, come to Jesus and He will fix everything gospel will be brought to account. Not only will their deception be revealed, your deceit will be revealed. What is the cost of a chargeback on a soul? Do you really think that your distortion of the gospel will be met with a wink and a nod by Jesus, the author of our salvation?

If you faithfully proclaim the Word of God, you have nothing to fear. If you reject man-centered manipulation tactics, and you understand that salvation is of the Lord and not an altar call, you can be confident. But if you talk people into an impulse purchase, lie to them about the cost of following Christ, and misrepresent the gospel, you are a false teacher and are not saved yourself (Matthew 7:21-23).

When I was in Bible college, I remember stumbling across an old volume of some of Charles Spurgeon’s sermons. As I read them, I was struck by the fact that Spurgeon never seemed to give an altar call like the ones I had heard all of my life. I remember thinking, Well, we must be more advanced than Spurgeon was in our evangelism. Since then I’ve done a bit more study of Spurgeon’s life, having read most of the biographies on him. While he was not afraid to draw the net by inviting people to repent and believe the gospel, his methods look nothing like our manipulative evangelistic sales techniques look today.

We have to lose this obsession we have with numbers and get back to a Biblical presentation of the gospel. Such a presentation will give the gospel in a straightforward manner, challenge the listener to repent and believe the gospel, and trust God with the results. He cares more than we do about the salvation of sinners. He is able to bring them to repentance and faith without our sales techniques.

View all posts by Jon Speed 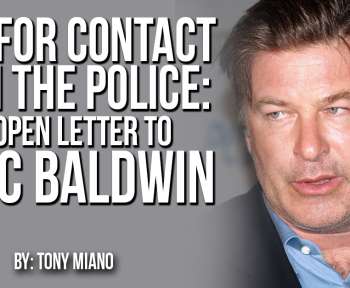 Tips for Contact with the Police: An Open Letter to Alec Baldwin 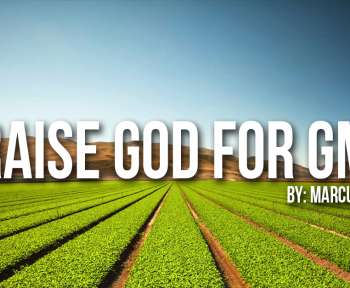 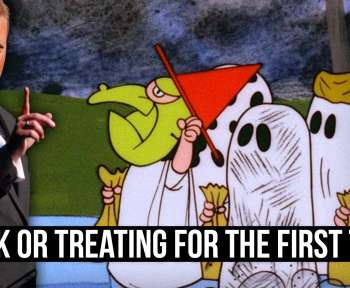 Trick or Treating for the First Time.