Debating Dillahunty for the Glory of Jesus and His Gospel 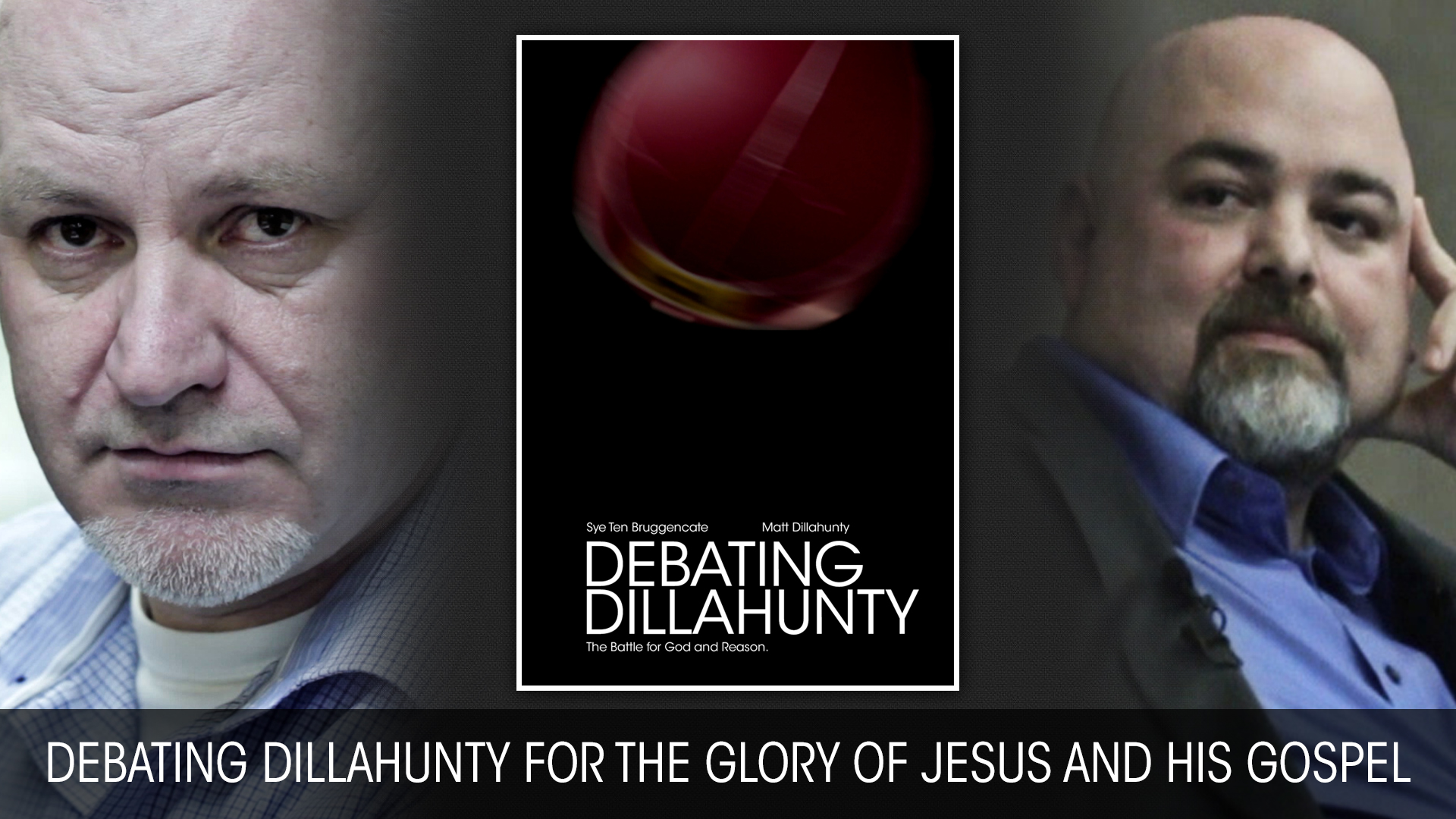 Crown Rights Media has produced a documentary with Sye TenBruggencate which serves as a sequel to How To Answer The Fool called Debating Dillahunty.Ai?? Last year Sye accepted Matt Dillahunty’s challenge to debate in Memphis, TN.Ai?? Dillahunty’s fan base has been declaring their hero’s victory ever since.

The debate has been available for free on Youtube since then.Ai?? [I understand that a professionally produced and edited version is about to be produced by Crown Rights.] Since the debate itself is freely available and a matter of record, why do we need a documentary?Ai??

As Sye says in this new film, it is not a matter of who won the debate. Ai?? Anyone could watch the debate and form an opinion of who won and lost.Ai?? It is a matter of understanding what happened there.Ai?? Your view of what happened will largely be guided by your presuppositions.Ai?? The option presented during the debate was Jesus Christ or absurdity.Ai?? What this film does is expose the absurdity.Ai?? It also provides the Church with a valuable sequel to How To Answer The Fool.Ai?? And as much as I loved How to Answer the Fool, Debating Dillahunty is a better film.Ai?? It will have a wider appeal and will be watched from beginning to end by those who have no interest in apologetics.Ai??

What makes this film so attention-grabbing is what it documents.Ai?? Gather a bunch of mostly young atheists in the room and film their interactions and it is going to be engaging.Ai?? Do it with some sense of style and it’s just good film.Ai?? This was a real event for the Dillahunty fan base, accompanied by a live radio broadcast after the debate, a Q&A featuring a colorful cast of characters (along with appropriate music added for these scenes), and what appears to have been a gathering of atheists from around the nation.Ai?? Not too bad for a debate with a former factory worker from Canada.Ai?? For all of Dillahunty’s naysaying about the quality of Sye’s argumentation, it sure seems like he was taken seriously based on the gathering alone.Ai?? This is not a case of Dillahunty and crew condescending to descend the stairs of their ivory tower to take on the uneducated rabble in arms.Ai?? This is Dillahunty and crew being let out of their prison to see the beauty of a sunset.Ai?? The only problem is that it is embarrassingly obvious that they did not acknowledge what they were looking at.Ai?? They saw a sunset and thought they were looking at an open sewer.Ai??

If the evangelical apologist and theological academic sub-culture will allow for it, this will be an opportunity for them to have their methodological cataracts removed to see clearly the God they claim to defend.Ai?? He does not need His miracles or His existence proven for Him.Ai?? He is glorious.Ai?? His Word–the Bible–is sure.Ai?? His gospel is beautiful.Ai?? And for once you come away from an apologetic film with a sense of that beautiful glory and not impressed with the intellect of the apologist-hero.Ai?? Jesus Christ is the hero of this film.Ai??

At the same time, you also come away from this film with a better sense of who Sye is and why he does what he does.Ai?? You catch it in the play by play analysis he does through the video.Ai?? You catch it in his sincerity during the footage from his sermon at the church in Tennessee.Ai?? And you even catch it from the footage of the debate. Ai?? This is the Sye I know as a friend. Ai?? He’s not the next Canadian evangelical idol.Ai?? Sye would tell you he is just an unprofitable servant doing what the Lord has commanded.Ai?? He loves Jesus Christ and he wants atheists to repent and love Him too.Ai?? It is as simple as that.Ai??

Good documentary captures something of the character of the subjects.Ai?? Unfortunately for Matt, this documentary captured his character as well.Ai?? Also unfortunate for Matt, that character is exactly consistent with a worldview which contradicts itself, both morally and intellectually.Ai?? Frankly, it is painful to watch.Ai?? Pittman did not have to do any fancy editing to put this guy in a black cowboy hat on a black horse and make him look like the villain.Ai?? All he had to do was document what happened.Ai?? As he does, the picture that you get of Matt Dillahunty is not as a mere villain.Ai?? He might actually prefer that role, contrasted with the Christian knight in shining armor.Ai?? The picture you get is a victim of spiritual and intellectual blindness, as all atheists are’victims of their own choice to ignore the God they know exists.Ai?? They are intellectual victims of their own rebellion.Ai?? It is sad.Ai?? Matt will not like it.Ai??

As a Christian, you need to see this film.Ai?? Anything that gives you a bigger view of the Lord Jesus Christ and His gospel is worthwhile.Ai?? This does that.Ai?? As an atheist, you need to see this film.Ai?? Perhaps by the grace of God, He will use it to give you life.Ai?? Or perhaps He will use it to further harden your heart.Ai?? On second thought, maybe you should NOT see this film, Mr. or Ms. Atheist.Ai?? Instead, you should cry out to the God you already know exists and beg Him for mercy and a repentant heart.

You can pre-order the digital download now by clicking here: http://vimeo.com/ondemand/debate

Sye got a big portion of crow to eat on this one when Matt was able to disprove him by writing a coherent, on-topic reply ahead of time.

Not often you see a debater being proven wrong experimentally during the debate itself!

Although, Matt was a bit rude at the end of the exchange, I didn't like that. Not a KO, but Matt wins on points.

Sye was inspiring in the debate and a real encouragement for professing Christians (as in Christians that tell strangers about Christ), and it was awesome to be able to witness the befuddled responses from Dillahunty, and even more so, the dumbfounded responses and reactions from the atheists in the audience. Every Christian should see this debate, in-conjunction with all of the materials and videos provided by Sye Ten Bruggencate.

God Bless You Sye, and your most wonderful and helpful ministry. I have benefited so much from what you have done to date, please stay strong and keep providing and teaching all you can. You are often in my prayers and praises to God, thank you brother!

What's sad look at Matt's Worshipers. They have the audacity to think Matt never looses a debate.

@Michael Corral Sye acted like a jerk the whole time. He made one attempt at an actual argument and both of his premises were false. There is no philosopher that takes presuppositionalism seriously, and for good reasons, reasons Sye demonstrated perfectly.

@BenMashburn Who claimed he never loses a debate? He certainly did not lose this one, since it was not a debate. A debate need more than one participants.

Very good.  I praise God for His truth!