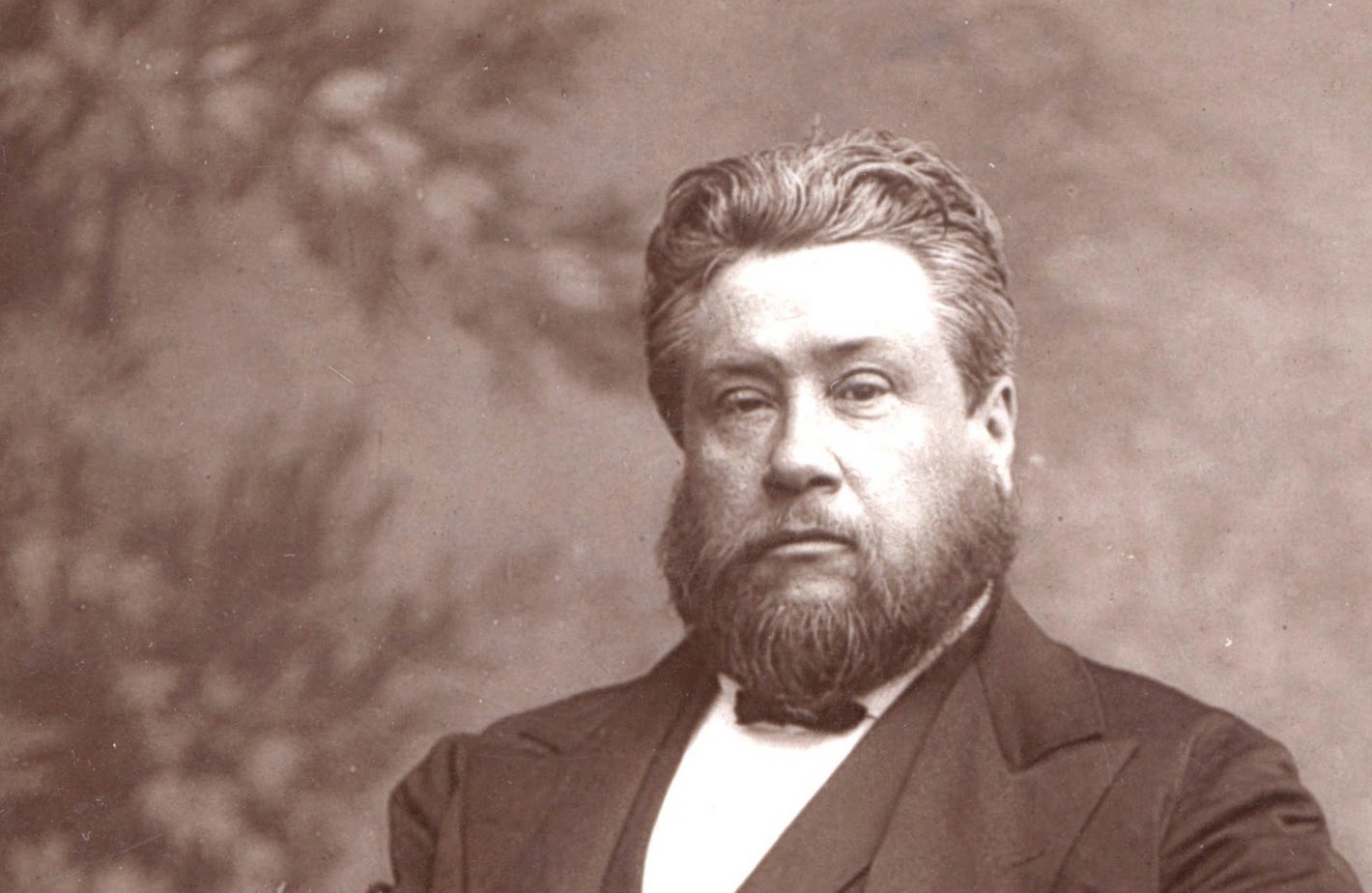 Last night I finally got a chance to watch the screener that was offered to Gospel Spam only hours before Through the Eyes of Spurgeon released for free. Some Christian film directors don’t take free movies very seriously and will point you to their DVD sales and cinematic releases. They take free documentaries less seriously. This film should change all of that.

When we were asked to review this film, I was prepared for the usual highlights from his life with perhaps the usual misinterpretation of his life that comes from fellow Spurgeon fandom. Since the film was a Kickstarter project, I was also prepared for the film to be a bit like the other typically bad documentaries I’ve seen with short historical re-enactments peppering a questionable or incomplete picture of his life. The trailer didn’t do it for me so when I sat down to the screener realizing this would be a two hour flick, I wasn’t sure that I’d make it.

This documentary skips the re-enactments and adds something that is mostly foreign to Christian film, be it documentary or cinematic. It adds stunning on location b-roll footage which has fantastic lighting. Instead of trying to do something Christian film doesn’t seem to be able to do (actors doing dialogue), the film leans heavily on original source material from the Spurgeon sermons and biographies. McCaskell used a digital rendering of historic prints and photos which makes the items appear as if they are 3-D. I’m not sure what you call this’Pittman could straighten me out here’but it is gorgeous in a documentary. I’ve seen Way of the Master use it in more recent seasons of their TV program, but this technology is made for documentary.

Since I am already familiar with all of the historical points of the film, I found myself just staring at the screen to see what they would do next with the graphics and Spurgeon’s life. It’s a beautiful film on an important subject. It’s one that I don’t want to see online; I want it in DVD so I can take my family and church through it one part at a time. I want to put it on the shelf next to my Spurgeon biographies because without it, my shelf is incomplete. Yours is too.

The film covers almost all of the pertinent information that anyone who has read the better biographies of Spurgeon would want to see (especially Lewis Drummond’s massive Spurgeon: Prince of Preachers). I was pleasantly surprised that McCaskell included Spurgeon’s infamous incident where he said that before he would go to bed that night, he would smoke a cigar for the glory of God. McCaskell handled this incident with the most intellectual honesty that I’ve seen on this and did not use the incident to correct Spurgeon from the distance of 150 years. I found that refreshing because most of Spurgeon fandom tends to skate over that incident because of their own weaknesses regarding Christian liberty.

I also appreciated the emphasis on the little known or discussed ministry of the Metropolitan Tabernacle, the Stockwell Orphanage. When Baptists these days think of Spurgeon, they think of the 19th century version of Bunyan’s Valiant for Truth. They think of his evangelistic efforts, his faithfulness to the Word of God through the Downgrade Controversy, his eloquence in preaching, his Calvinism, his love of the Puritans, and if you’re a Southern Baptist, the numbers of people he baptized and the amounts of money he raised. They do not think of Spurgeon as a guy who was working actively to transform society. Spurgeon never did this at the expense of truth, but because of it. Yeah, there’s a lesson there.

Spurgeon was influenced to start the orphanage by his friend and British neighbor, George Mueller of Bristol. The reason these men of God started orphanages is because in the Victorian era, children were being cast out into the streets as homeless if they weren’t being drowned in the Thames as babies. These men prayed in ridiculous sums of money to start orphanages because they weren’t just ivory tower exegetes. They believed the gospel should transform social ills. The Holy Spirit (remember Him?) used these men to do something beyond their abilities. In 19th century England, there was no greater social ill than the sweat shop abuse of children and the epidemic of homeless children. These men cared enough about their neighbors to do something about it.

I feel kind of funny writing a review for a Christian film I like. This doesn’t happen often. I like this film. Ai??I have to critique something. If there’s something to critique it is the Spurgeon we have fashioned to look like us. So let’s have a reality check.

In 21st Century America, babies are being murdered at a rate that makes the mortality rate in 19th century England pale in comparison. Those of us who fancy ourselves the spiritual descendants of Spurgeon might really be more like distant cousins than in the direct line for the family jewels. If our ministries have become so theologically focused that we do not move into action for the sake of the glory of God in our society, we truly become so heavenly minded we are no earthly good. Or heavenly good for that matter. Ai??Reformed brethren, listen up: this holocaust of abortion is happening on your watch. Don’t admire Spurgeon’s orphanage. Build the equivalent by doing something for the babies who are murdered BEFORE they get out of the womb and not in the Thames. Ai??Babies are murdered here.

Those who are firm believers in expository preaching hold up Spurgeon as a model for ministry and their hero. In spite of the fact that Spurgeon prepared all of his sermons as Saturday night specials while his wife read commentaries to him. Spurgeon fandom highlights his Pastors’ College and makes seminary education a must for anyone who goes into ministry. In spite of the fact that Spurgeon never attended seminary and was never ordained. All manner of evangelistically minded people love him because of his success as an evangelistic preacher and use of street ministry. And they reject his Calvinism which made him so evangelistic. They have the volumes of his sermons on their shelves but if Spurgeon was a contemporary pastor they would probably criticize him for his social gospel work with the orphanage. Finally, they love his preaching and doctrinal convictions, but they don’t imitate his evangelism. Or his unique emphasis on prayer.

There’s a lesson from the life of Spurgeon for present day Reformed pastors. I don’t think it’s the lesson that McCaskell intends. I’m not talking about the Young, Reformed and Restless. I’m talking about the Old, Reformed and Stodgy. We cannot buttonhole ministry. We cannot so narrowly define how ministry is done that we define some men right out of the ministry because they do not fit our template. I’m not talking about 1 Timothy 3 or Titus 1 disqualifying issues here. We may have an idea of what we would like to see in pastoral candidates but the biggest issue is not the resume, but calling. Spurgeon demonstrated calling and he did it without all of the accoutrements we demand today.

Spurgeon is a bit of an anomaly for all of us who idolize him. He doesn’t perfectly fit our ministry molds. This makes writing his biography or producing his documentary a difficult process, I am sure. I have never done either. However, Stephen McCaskell has given the Church a documentary that is timeless and accurate. He has done it with panache and to the glory of God. You need to see this film.

Thanks for that great review and commentary, Jon!

Sounds great! your link is broken... looks like you are missing an "e" in the address. Thanks!

@MarkTerborg Just fixed it.  Thanks for pointing it out.

Thanks for the review, Jon! May God be glorified.

You could get it on DVD or Blueray but not anymore http://confessingbaptist.com/through-the-eyes-of-spurgeon-documentary-releasing-dec-18-can-only-obtain-hard-copies-before-then/

Also, if you helped Kickstart it they provided 720 and 1080p digital downloads for you to burn your own DVD or Blueray.

Lastly, MBTS (who helped with the film) is giving away am authentic SPurgeon Manuscript and and iPad Air 2 in celebration of this documentary. http://throughtheeyesofspurgeon.com/giveaways/spurgeon-ipad-air-and-manuscript-giveaway/?lucky=4298

I too enjoyed it!

@jasond1689 We're working with a publisher to get copies of the DVD/Blu-Rays on sale in the new year. So hopefully you see some options to purchase the film very soon.

@jasond1689 It needs to be published in quantity for release and a wider distribution, which can be done cheaply in spindles a la "Biggest Question" and our own Babies Are Murdered Here.