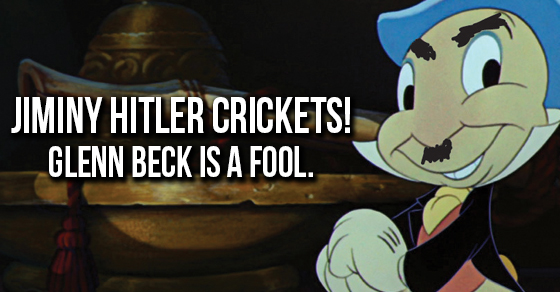 Glenn Beck is a fool. (Before anyone wants to get all Matthew 5:22 on me, you might want to read it first – and no, Glenn Beck is not my Brother).

Granted, not the first words with which I wanted start my meager, sporadic contributions to Gospel Spam, but the level of idiocy that bombarded me on my drive from Pennsylvania to Kentucky last week has left me with little choice.

Thankfully I missed the first hour of Mr. Beck’s 3 hour talk-show on April 7th and mercifully the reception dropped out at the beginning of the third hour, but the time spent with our Mormon friend was enough to motivate this non-writer to write. You have him to thank, or blame.

I know very little of Glenn Beck, save that he is a Mormon and that some Christians that I am familiar with have linked arms with him – or at very least not repudiated him for his false claims. As with many Mormons, Glenn Beck claims to be a Christian. Glenn Beck is not a Christian. Mormons are not Christians. Mormonism is a polytheistic cult which claims that Jesus and Lucifer are brothers, that God was once a man, and that men can become “gods.” If I need to explain the difficulty with those views, you are reading the wrong blog. This is not an exposing of the cult of Mormonism, but a window into the thinking of one of its adherents.

Mr Beck was recalling a recent business meeting and expounding the virtues of his staff for agreeing not to take the “easy,” “slimy” path that “any other company” would have taken given the same situation. What was the source of their moral excellence? Why they apparently knew “what was true” and knew “who they were.” They didn’t allow themselves to be ruled by emotions, and what they thought they wanted, hence Mr. Beck’s nugget of advice:

We have to start pursuing the things that are eternal, that are true principals, and all the other opportunities will follow.

Knowing Mr. Beck’s religious affiliation, I grant that I was already cringing in anticipation of the source of those principles:

You have to be led by the Spirit.

That’s when my conversation with my radio started: Okaaaaaay, but you’re a Mormon Glenn, what do you mean by that?

You were given a gut for a reason.

Okay, I knew about the whole “Kolob” thing, but being led by the Spirit is following your gut? Perhaps you’d better expand on that Mr. Beck:

It is a muscle, and the best to do it is when you have that thought “I’ve got to do something” do it, do it. And you will see, and it will prove it out, and it will get stronger, the more you resist that, the smaller the voice of Jiminy Cricket gets.

What about the voice of Jiminy Dahmer, or Mao Tse Cricket, or Jiminy Amin? – Okay, you have discovered the real reason for this post, just a few more to get it out of my system – or Saddam Cricket, or Jiminy Stalin, or Osama Bin Cricket? Phew, thanks for indulging me.

That’s what happens when you give up Jesus Christ as your ultimate authority, and ultimate standard of truth. You get nonsense. That is the option I present to people when I preach in the open air: you have Jesus Christ, or absurdity. But most people choose absurdity because they love their sin.

Apart from the saving work of the Holy Spirit in Glenn Beck’s life, he may continue to spout the need to know truth, but he will never know it. Until my reception dropped out, I could only shake my head at Mr. Beck’s continued and unfounded claims to truth:

People are going to need to know that truth is real, that there is truth, there is universal truth, and you can hang on to that truth no matter how bad the storm gets.

What is the source of that truth Glenn? This from a conversation he recounts with his father:

Dad, you just have to be willing, if it’s a space octopus, great, I’ll embrace the space octopus, but when you get to the other side and whatever it is, you’ve got to embrace it, just embrace it. Let go of what you think or what you want to happen.

Yes, that’s right, he said “space octopus.” Perhaps not too far off from what Mormonism teaches but not a foundation for what is true, what is good.

Any religion that says be peaceful be more kind, be more generous, those things, those are all good.

Clearly wrong? Yes, when you hold them up to the standard of God’s Holy and Perfect Word. But Glenn, what if they were following their inner Jiminy Phelps? Sorry, had to do it. Pray for Glenn Beck.

Want to learn how to defend your faith? Learn everything you need to know in order to defend Christianity in the film How To Answer the Fool. Now available on Vimeo for Rent or Instant Download.

He chose Jiminey Cricket because Mormons are such a clean, family folk (and real Mormons have more than one wife, etc.).  What can be cleaner than Cricket as your spirit guide?  He is a Disney character like Hannah Montana, and what could be more mormon/family like?  I listen to Beck some and their hokiness is similar to Gothardite followers.

How is that "inner feeling" stuff any different from that "divine revelation" that people like you use as your justification for everything from logic, to your senses, etc?

What divine revelation are you referring to?

They even use it to evaluate their own Prophet's teachings...which seems illogical but true.

@RobertPavich Yeah, if I had a "burning in my bosom" I would go to the doctor. "First of all, Doc, I am a guy, and for some reason I have a bosom! Second of all, Doc, my bosom is burning for some reason!" Maybe that is why Mormon guys have holy undergarments...to conceal the fact that they have bosoms. :)

Sye, the "inner feeling" garbage that Beck is talking about is a Mormon doctrine of the "Burning Bosom" (yes, I know that sounds absurd). The book of Mormon teaches that God guides you through a "burning" in your bosom...I have to hear about it everytime I deal with Mormon missionaries. Good post.

Sye,
He SEEMED to be alluding to the LDS's "Eternal Principles" of their gospel considering the wording he used "We have to start pursuing the things that are eternal, that are true principals,"

I THINK (though I don't know but my interaction with Mormons leads me to believe) that he was saying that following the LDS "Eternal Principles" means that everything else falls into place...aka you will be blessed.

Not sure but based on the wording...that's what it would seem. And considering the sneaky way that my LDS friends work this stuff into conversations through the back door...it seems a good bet. 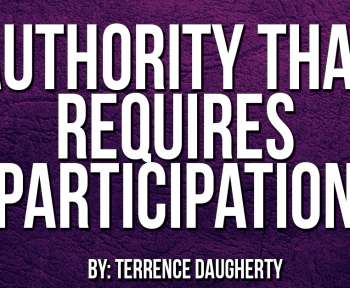 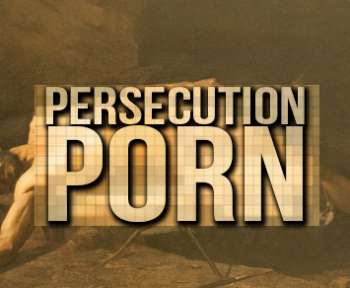 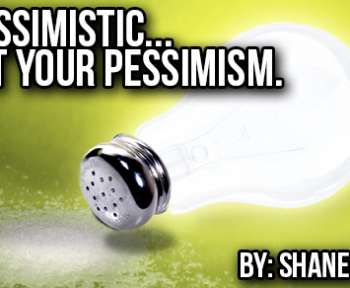