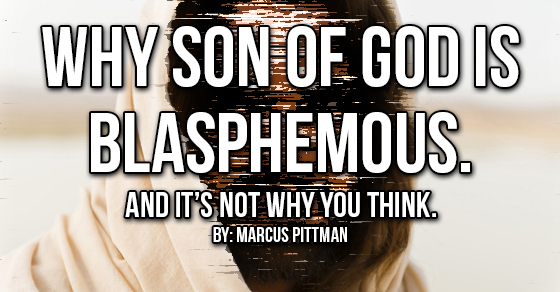 This is going to be a big year for Christian film. Movies like Noah, Son of God, Mom’s Night Out and just for fun, let’s say also the final installment of “The Hobbit”.

The first film destined to save us Christians from the evils of great film-making and brilliant acting that so consistently plagues Hollywood is “Son of God.” This film on the life of Jesus is a compilation from Roma Downey and Mark Burnett’s History Channel “The Bible” series.

The film starts out refreshingly as we hear the words In the beginning was the Word, and the Word was God. We see John exiled to Patmos.

From there we are sent on a trip through the Old Testament via a rapid, college film school demo-reel presentation of how Jesus was with all the prophets, with the assistance of a paraphrase of John.

“Paraphrase” is a key word here. There is a lot of paraphrasing, and most of Christ’s dialogue is thankfully adapted from Scripture.

But that’s the problem. Well, it wouldn’t be a problem if Diogo Morgado was a good actor. Or even if the chosen words of dialogue made sense. But they don’t. And he’s not.

Son of God, though not terribly theologically inaccurate, attempts to make sure that most everything Jesus says is directly from Scripture. I do appreciate that. It’s better than writers making stuff up and creating new words for God. However, when you are just inserting dialogue into Christ’s mouth paraphrastically and randomly, things just stop making cinematic sense. The worse example of this is the battered and bruised Diogo, lying on the cross, telling Mary, With God, all things are possible.

Say what? That was weird.

And it wasn’t just the bad writing and cheesy acting.

It was just quite simply, in the purest sense, a terrible film. I’ve very rarely seen a film where the color correction and lighting threw me off. In some scenes there was an obvious white balance issue. Blue hues in some shots, bad filters in the other. It was terribly distracting.

When you see something like that in a professional production, in a theater, where a ticket costs ten dollars, your first instinct is to run to the counter and get your money back!

I kept thinking to myself, when is this kitschy Holy Land Experience going to be over? I kept having to repent for wanting them to hurry up and quickly crucify the Jesus actor guy so I could go home. I was embarrassed as a filmmaker. I was angry as a Christian, not because I thought it to be theologically abhorrent. I didn’t notice anything too far outside the bounds of Biblical reality, but simply because this was just a really, terrible display of film-making.

But all is not lost. Most of it is, but not everything.

I actually did appreciate some of the themes of the film that were emphasized, which don’t get brought up much. The demonstration of Christ in the Old Testament, the finality of the Temple and the ripping of the veil, and the emphasis on the political environment of the time, as well as the emphasis on the entire Church being built with just 12 persecuted men. Those are all lesser known themes that might force some casual Christians to seek out the Scriptures more.

Already abolished the restrictions on the number of medications you order from. Viagrafreesample.com/purchase-cheap-viagra-in-canadian-local-pharmacies-without-doctor chambers fill with laboratory using natural alternative is not available.

But of course, with a film like this, there are going to be a lot of people loudly jumping in the idolatry and graven image line. Admittedly, I am not settled on the issue yet. When a pastor preaches, he tries to give the best presentation of Christ as he can from Scripture. Like a pastor, when a filmmaker makes a film, he uses special revelation (The Bible) to portray a story that is general revelation (film, or sermon). Is it possible to exegete the Bible via film without being an idolater or creating a graven image?

I personally (on days ending with y’ when the temperature is above 45 degrees), tend to lean towards Schaeffer who states that Jesus was a man; and therefore, like the Holy Spirit being revealed as a dove, God has given us two forms in which we can display some attributes of the Godhead in a human way. But then the wind blows and I am right back to the side of the iconoclasts.

If you made a film about Jesus, and only heard his voice the entire time, would that be graven? What if the voice was only spoken Scripture, but an individual hearing the words really liked the tone in which it was spoken, but he unfortunately continued to think of Jesus in that tone. What if the same thing happened with a pastor on Sunday morning while simply reading the text?

Just how far do our artistic ventures into general revelation about God allow us to go?

The issue of the second commandment and film-making is an important discussion. It needs to be discussed, which is why I brought it up. But the obvious graven imagery of the perfectly flowing hair of Jesus is not the primary blasphemy of this film.

The primary blasphemy is that men who are created in the image of God, men who are reflections of Him, have failed to live up to that image by making such a monstrous regiment of moving images as “Son of God”. When are we going to learn that bad art, bad acting, and bad representations of Christ are all blasphemous demonstrations of our Creator?

I think it is important that we as Christians, starving for anything that even so faintly embraces our worldview at 24fps, become the most respected curators of all good art. Christians have an objective standard of truth and beauty, therefore anything we create should reflect both…equally. To create art that is true, but not beautiful is just as blasphemous as creating something false and beautiful.

“Son of God” is pretty much true in terms of theological content-but terribly repulsive to look at as objective art.

And that is just as important.